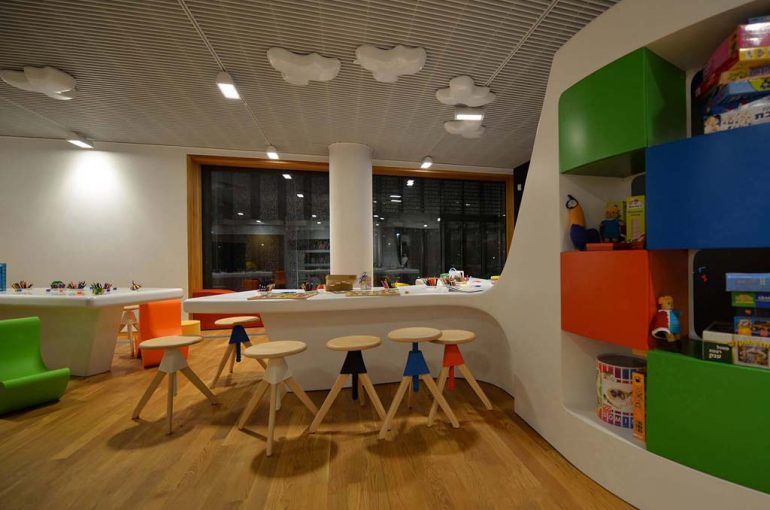 Small architecture from Luxum is made of modern Solid Surface materials. In combination with advanced technology of one of the largest machine parks in Poland, we can make a project of any shape, bendings, streamlined shapes, or cut-outs on request. All elements of architecture on request are made in technology without visible joints. Monolithic figures in any shapes and colors are created in close cooperation with architectural offices in Poland and Europe.

One of the most recognizable compositions created by Luxum is the arrangement of space in the Polin Museum.

Luxum made unusual furniture for the Museum of the History of Polish Jews in Warsaw. The works were connected with the creation of the place of Family Education “U Króla Maciusia”. 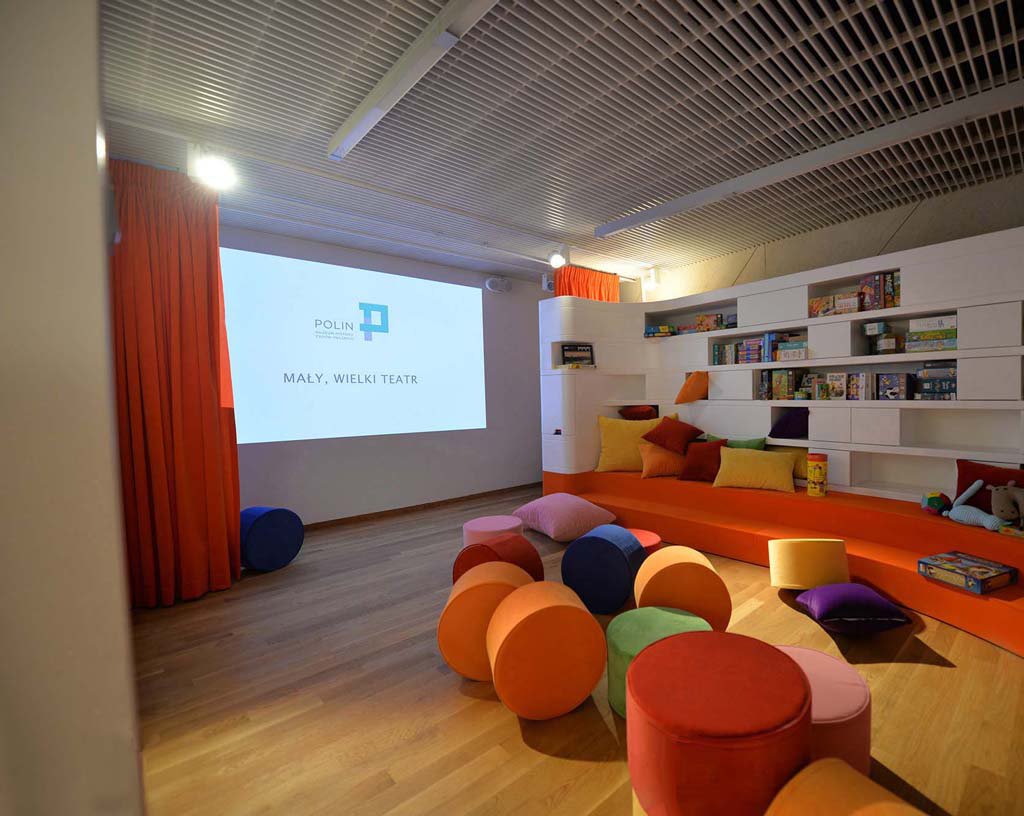 Luxum was chosen from among the performers whose advantage was not only the punctuality of the realization, but also the professionalism that successfully realized the fairytale world in the Polin Museum.

Furniture was created from solid MDF blocks thanks to the use of CAD/CAM technology, using CNC milling machines from previously prepared 3D models. 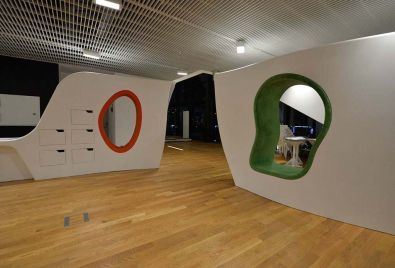 The whole colourful world is created by a labyrinth of several large-size furniture. What is more, each of them has its own openings, which are a perfect place to relax. Its forms are organic and its colours are vivid and fun to play with.

Openings in furniture, and elements where kids can sit, are flocked. This is a method that involves applying a decorative layer of textile cuttings to the objects. The flocked surface looks like suede.

Among the furniture there were also workshop tables. They are part of the labyrinth and were created by lowering its walls. One of them is located in the part devoted to culinary workshops, the other table is intended for art classes.

The workshop part was separated by a “black wall”. It is a piece of furniture that separates a place to learn from a secluded corner to play. The “Black Wall” is made of modules that are adjacent to each other so that the connections are impossible to catch by the human eye. The wall is easy to dismantle and mobile, so you can get free space in the middle of the interior. 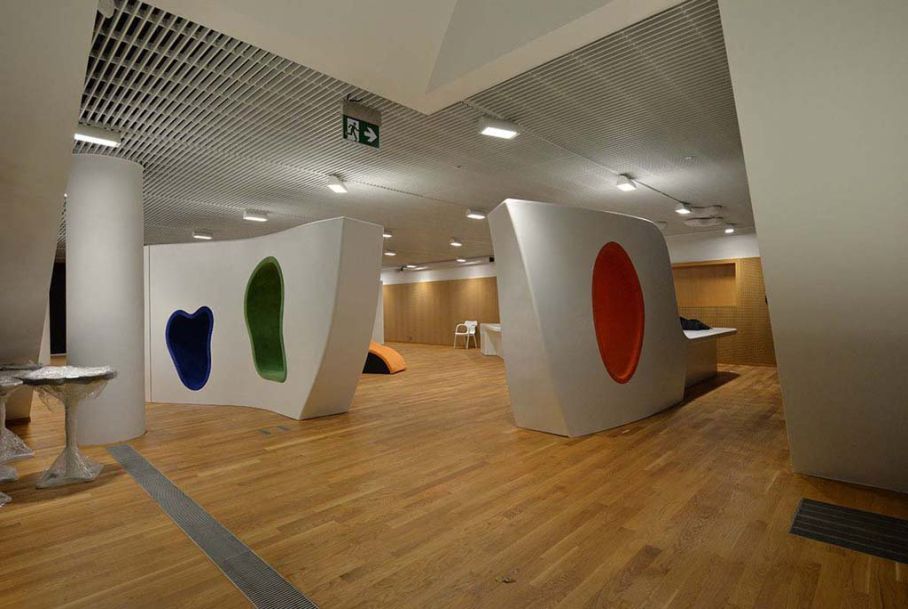 The whole project was developed by WERK as a virtual three-dimensional model with additional sheets describing details. Previously, architectural models and hundreds of sketches were created.

Luxum company, which has one of the most technologically advanced numerical processing centers in Europe, was responsible for the execution of the entire furniture development.

Our website uses cookies (so-called cookies) for statistical, advertising and functional purposes. Thanks to them, we can customize the site to your needs. Everyone can accept cookies or have the option to disable them in the browser, so that no information will be collected.ok